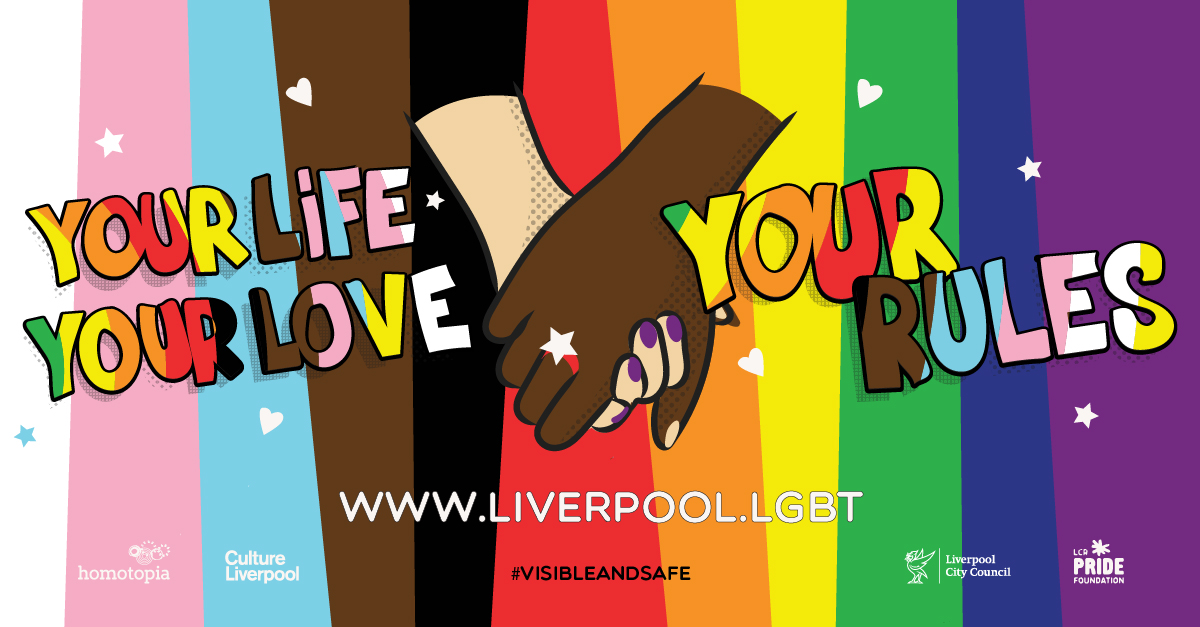 How can we create a visible and safe future for LGBTQIA people in Liverpool?

Following a recent spate of violent homophobic hate crimes in central Liverpool, Culture Liverpool (the city council’s department for culture and tourism) approached Homotopia and LCR Pride Foundation and asked us to put together a creative, community-led response.

We designed a 2-year proposal that combines visible queer art with a programme of community building and training for venues and transport providers. Liverpool City Council has agreed to fund this project.

One of the first activities took place across what is traditionally Pride in Liverpool on Saturday 31 July. A series of emotive slogans that were emblazoned on placards at June’s protest, which took place after a spate of homophobic attacks in the city, were replicated by artist Sophie Green. The artwork was featured on digital billboards across the city and formed part of a social media campaign across the weekend.

Plans are also under way for a public art trail to launch in October. Brand new, specially commissioned work will be visible across the city, taking in key areas that resonate with the LGBT+ community, including where attacks have taken place around the Ropewalks area.

As part of this project we’ve also held two community consultations and an online survey to hear direct from our community and understand where/who/how the funds can best be allocated for the future of the project. Our proposal was deliberately flexible to leave plenty of room for input from across the city’s LGBTQIA communities.

Have your say! And fill out our community consultation here.