Last month, in response to the challenges we are facing as a sector, we put out a brand new commission encouraging LGBTQIA artists to celebrate Queer Art Always. During this trying time, we wanted to demonstrate the power of art to connect and unite us all.

We were looking for positive and imaginative ways for our audience to engage via non-traditional platforms, suitable for social distancing.

And we were not disappointed; receiving over 150 applications from artists working across all kind of mediums, from theatre to visual art, performance art, dance, film and more. A huge thank you to everyone who applied. The standard was extremely high and with a commission pot of £10,000, it was extremely hard to select  just 13 (lucky!) commissions. 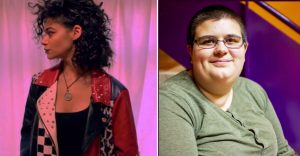 Ace Ambrose is an eccentric androgynous songwriter and poet with an old soul. Armed with her guitar, she draws on influences like David Bowie and Joan Jett, exploring genres outside her era to tell stories that spread a positive message. Ace has been performing in and around Coventry since she was 16, and has played Shoot Festival and the Godiva Festival.

Katie Walters is an autistic and chronically ill performance poet with a soul full of stories that can’t be contained. They write complicated metaphors about serious things like sickness, loss, and love. Their poetry is vivid and aching to be heard.

In 2014, Katie was a winner of the SLAMbassador’s national youth slam and has stuck to the stage ever since. She has gone on to work closely with the National Autistic Society on a variety of performances and awareness campaigns, compete in the prestigious Roundhouse slam, and perform at several festivals. Katie is currently working with Elle Chante on developing Seasick, an interdisciplinary arts show about chronic illness and the sea, while also heading up Radical Body, a disability arts company.

Project: A piece of poetry and music responding to the artists’ experiences of pandemic, as sick and disabled queer people.

UPDATE 03/06/20: Listen to ‘Resuscitate Me’ by Katie Walters and Ace Ambrose here. 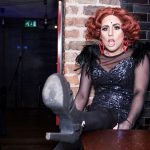 Miss Filla Crack is a Scouse born and bred drag cabaret performer, resident host at the Liverpool Everyman Theatre’s Bistro drag nights and performs regularly around the city. Mixing comedy, power vocals, charm and inclusivity into her work, Filla prides herself on welcoming audience members with open arms and offering some much needed escapism. 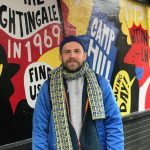 Originally from Sweden, for the last five year Fredrik has been based in London as an independent artist and educator. Working in a bold, colorful style across illustration, comic books and ceramics. His work is humorous and strongly narrative and addresses topics ranging from queer culture, family dynamics and sex.

He has taught arts education courses at the Camden Art Centre and the Camberwell College of Arts. At CAC, Fred facilitates the Youth Collective. Working as the artistic director for The Outside Project (UK’s first LGBTQIA+ Shelter and community centre) where he raises money, runs workshops and facilitates the Project’s physical and digital spaces alongside the diverse group of stakeholders who use them. Queer community is important to Fred. He believes that it is critical to recognise our own privilege and give back to the communities that inspire and educates his practice. 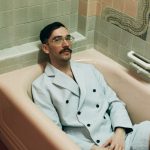 Harry Clayton-Wright is a performance artist, theatre-maker, and internet-provocateur from Blackpool, highly regarded as one of the most exciting and prolific new voices in the UK arts scene. His debut solo theatre show Sex Education premiered in 2017 winning the LGBTQ award at Brighton Fringe Festival and was nominated for a Total Theatre Award (Emerging Artist/Company) at the Edinburgh Festival Fringe in 2019.

Cosmopolitan called him a “Genius”. BuzzFeed called him “Absolutely incredible”. The Guardian and The Scotsman both called him “Extraordinary”. Harry Clayton-Wright is an artist who is never standing still, constantly questioning and creating innovative, exciting, provocative work. 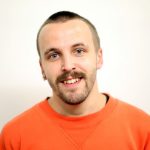 Joseph is a visual artist and activist based in Liverpool. His practice explores personal narratives as a young gay man living with HIV. He engages with audiences to create meaningful conversation surrounding issues relating to the virus. His practice aims to highlight and subsequently reduce the stigma that exists for people living with HIV, particularly amongst at-risk groups.

Project: Learning from the AIDS epidemic in times of isolation is an artist-led, online Q&A. 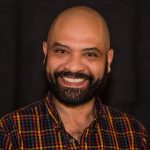 Aims and ambitions :- to be a support in the progressive development and self care of the LGBTQI+ QTIPOC community.

Project: Development of his collection of afrocentric fetish fashion wear, presented as an online exhibition. 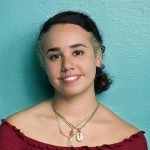 She has worked with clients including Black Girl Fest, BBC, Adidas, Greater London Assembly and Tate. She was a judge in the editorial category of the World Illustration Awards 2019. A founding member of gal-dem magazine, she was Art Director there until April 2019. She now works as a freelance illustrator and curator as well as a producer at Create London, producing and project managing a portfolio of art projects, art commissions and live events.

Leyla Reynolds’ practice is concerned with the absurdity of pop and political culture as well as inducing commentary on elites and entrenched establishment hierarchies.

Project: Blitz Spirit is a cynical exploration of wartime language used around COVID-19, through a series of illustrations, encountered as street posters.

UPDATE 30/06/2020: View the stickers on our Instagram and email hello@homotopia.net to get involved. 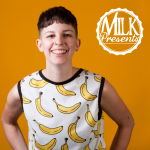 Leo is a writer and director and one third of Milk Presents. Their work includes cabaret Chekhov (THE BEAR/ THE PROPOSAL, Young Vic), a transmasc odyssey (BULLISH – show and photography exhibition) and drag king play (JOAN, Derby Theatre, winner of Off West End Award). Leo’s work as an associate director includes FUN HOME (Young Vic) and THE COMPLETE DEATHS (Tim Crouch and Spymonkey Comedy). They are a writing fellow for Theatre Centre and currently developing a new show for under 5’s with Milk Presents.

Project: A series of short films which are a poem, a love song to rural queerz hoping to spot someone else on the horizon… 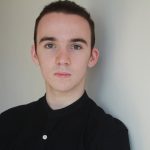 Title:  My cigarette is on fire! (& other stories) is an interactive dance project, made in collaboration with LGBTQIA audience members. 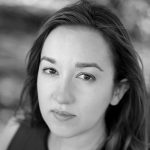 Naomi Westerman is a British writer of Middle Eastern heritage. A former anthropologist, she started writing in 2015. She is a graduate of the Criterion Playwriting Programme and Graeae’s Write to Play training scheme for disabled writers.

Naomi is currently a writer in residence at Wapping Berlin and Rosemary Branch Shrill Voices. She has previously been an Associate Company Member at The Bush Theatre and a Birmingham Rep Writer in Residence in 2017. 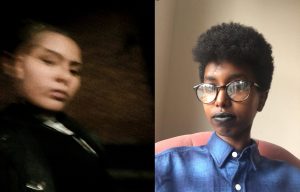 SAYANG is a Malaysian British DJ, sound artist, producer and activist who uses their platform to
explore race, queerness and accessibility in club and queer culture. A creator whose drive comes from self-exploration and community understanding, SAYANG develops ambitious, responsive and inherently political sound pieces and experiences as a way to express themselves and unpick their own story.

Dahab is a visual artist, exhibition and screening curator and QTIPoC social organiser. He creates and co-facilitates creative spaces for QTIPoC to explore and celebrate the vulnerability and power of living at the intersections of marginalised identities.

Together as Our Space, they focus on the interaction between digital and physical worlds and challenge the culture, perception and boundaries of being a QTIPoC artist by interpreting traditional art through the digital culture of how we live now. Their responsive, political and personal work aims to break down barriers and change the landscape of the art community’s communication, interaction and engagement with marginalised artists. Identifying as disabled artists, wellbeing and access are core principles to
Our Space’s work.

Based in Leeds, Our Space brings together creators that belong to a range of artistic disciplines and interdisciplines and they produce, curate and facilitate QTIPoC live art, performance art and
community artist exchange.

UPDATE 14/07/20: Listen to the audio journey our SoundCloud and/or YouTube now. 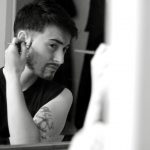 Yas Necati is a writer and performance poet based in London. They explore themes of queer and trans identity, migrant identity, mental health, recovery, community and resistance in their writing. They are part of London Queer Writers, and recently set up writing groups  for people of colour. When they are not immersed in poetry, they campaign on gender-based and queer based-rights, run workshops on self care, and occasionally perform as their drag act alter-ego, Turkish pop star Tarkan.

Project: A film of two poems reflecting on the artist’s experience of feeling closeted during lockdown; one poem reflects on the masculinity, the other on the femininity.

UPDATE 19/05/20: Watch ‘Behind This Closed Door: Feminine & Masculine’ on our YouTube channel now. 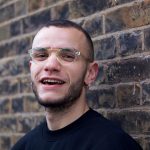 Algerian-born, Kuwait-raised, award-winning Creative Practitioner based between London & Manchester, and working across lens-based media and performance. Since Youcef’s graduation from the Manchester School of Art, he has been actively developing his creative practice, which studies identity politics and notions of diasporic queerness, while deconstructing social notions and adaptions.

Youcef achieved a number of exhibitions and residencies across the UK, collaborations included with Waterside Arts Centre and HOME in Manchester, as well as Live Art Development Agency in London.

Project: A series of photography and storytelling workshops with LGBTQIA asylum seeking individuals.

The artists’ work will be released online in May – July 2020.