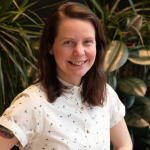 Char Binns (She/Her) is an activist and community organiser with 15 years’ experience working in the third sector. After working primarily in communications roles for charities and public sector organisations, she joined Homotopia as Festival Project Manager in August 2017. Since then she has led the organisation through 4 successful festivals and was Interim Director from January 2019. Char’s interest in people led her to study sociology and anthropology and she has an MA in the study of Religions from SOAS, University of London. She is also an ultra runner and England Athletics qualified Coach.

At Homotopia Char leads on: festival programming and coordination. Contact her for any festival related discussions from venue to artist inquiries. 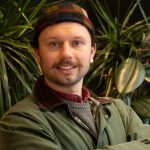 Alex (He/Him) is a Liverpool-based producer, interested in art as activism, personal/societal change through radical arts, and queering everything. He is a graduate of loads of things, like University of Liverpool, Stage One Commercial Producer’s Workshop, and NUS’ Lead and Change Programme. When he’s not at Homotopia, he is the host and producer of the spoken word podcast, monthly event, and artist development programme A Lovely Word, based at the Liverpool Everyman. He also freelance produces the multi-award winning progressive brass band/theatre troupe Perhaps Contraption’s Nearly Human (“Completely extraordinary” BBC 6 Music), and Majid Mehdizadeh’s YMAM (Young Man’s Angry Movement) (**** Guardian,**** Stage). 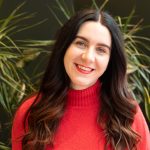 Olivia Graham (She/Her) is an activist and visual/audio artist and marketing expert from and based in Liverpool. When Olivia moved back to Liverpool in 2015, disheartened by the lack of equality in Liverpool’s art scene, Olivia founded an arts organisation aimed at reclaiming creative spaces through intersectional feminism and has continued to play a role in challenging the exclusion of marginalised creatives.

Outside of Homotopia Olivia writes fiction, plays music, and freelances as a producer and editor on a variety of series of podcasts that platform marginalised voices. Olivia supports Liverpool Football Club.

At Homotopia Olivia leads on: Marketing and Development including social media, Homotopia print publications, audience growth, engagement and development and marketing partnerships. Contact her for any marketing related enquires. 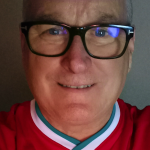 Al Matthews is Liverpool born and bred and is an experienced Finance Manager/Officer. Al has worked for various Liverpool arts organisations since 1993. These include Unity Theatre, Bluecoat, TEAM and Milap. He has been with Homotopia since its inception in 2004, so has a unique insight into Homotopia’s journey. He is an avid (some say obsessive) Liverpool fan, and a big music fan. From Abba to Zappa and many points in between, and in his younger days was a frequent gig and festival goer.

At Homotopia Al leads on: All things Finance 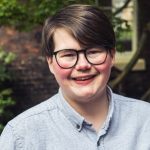 Liz is a theatre-maker, production manager, lighting designer and activist who works predominantly in the North West. They are the co-founder and co-director of March for the Arts; a grassroots collective fighting for the arts during and beyond the pandemic, and the artistic director of Dragonhide Events; a children’s theatre and enrichment company. Liz has worked professionally in theatre production for almost a decade, across the north west and on national tours as well as working at the Edinburgh Fringe Festival in senior technical and management roles.
Photo credit is Andrew AB Photography
At Homotopia Liz leads on: festival admin and logistics.
Email: Liz@homotopia.net 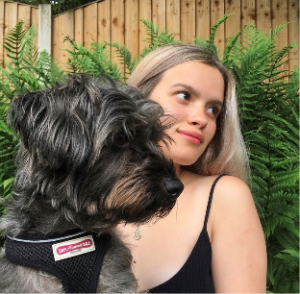 Molly (She/Her) has just started at Homotopia as a creative assistant as part of a 6-month Kickstart scheme. Interested in both social issues and art, Molly is keen learn more and gain further experience during her time at Homotopia. In her free time, she enjoys playing guitar and dabbling in illustration. 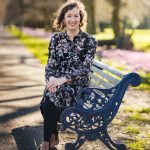 Jess Shannon (She/Her) is a queer trans woman passionate about LGBTQ+ rights. She is an experienced operations director and software consultant who has been part of the Liverpool business and queer scenes for 20 years. She has previously served as trustee for a number of charities and was Chair of the board of the Michael Causer Foundation. She is also part of the organising committee for Liverpool Transgender Day of Remembrance Vigil. 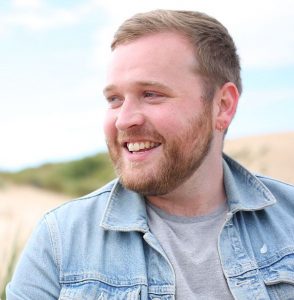 Danny is a filmmaker and the Creative Director at Thinking Film, a Social Enterprise that exists to provide people & communities, across Merseyside, with a voice. Telling stories that challenge the way people see the world. 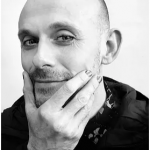 Andrew is a gay, socialist, feminist, Christian. He has a liking for patterned shirts, playing the ukulele and painting his nails. When he is not painting his nails he works as Senior Exhibitions Officer at National Museums Liverpool, where in the past he has held marketing roles. 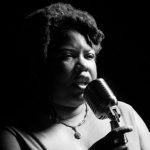 Cheryl is a Washington, D.C born poet, playwright and director, and Co-Artistic Director of Manchester’s Black Gold Arts Festival. Her past roles include as Guest Curator for Homotopia 2018, a former Associate Director for New Writing/New Work at Contact (In Manchester), and Director-in-Residence at Edinburgh’s Traverse. 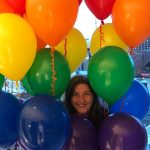 Joan is a Merseysider born and bred and has worked in customer service in arts venues for over 30 years, currently as visitor services manager at FACT. Former volunteer on Liverpool’s Outsiders Queer Film Festival from 2006, she later spent 9 years as a Director/Trustee of Liverpool Pride. She currently volunteers for Liverpool City Region Pride as a programmer for Film With Pride, focusing on new and classic films from around the world with the accent on making diverse voices heard. She is hugely honoured to join the Board of Homotopia which she never ceases to find essential, inspiring and moving. 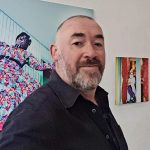 James Lawler is a curator and events organiser. He works as one half of DuoVision with Martin Green to highlight undervalued artists, older artists, and LGBTQ+ artists.

For the past 4 years they have been running The Gallery Liverpool, where they have shown premier exhibitions by a variety of musicians, artists and designers including Jarvis Cocker, Marc Almond and Pam Hogg. They have recently curated  exhibitions in London, Paris, Belfast, and Stoke – on – Trent. 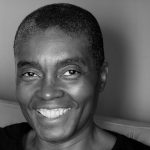 Marjorie H Morgan is an award winning playwright, director and producer based in Liverpool. Her works explore the theme of ‘Home,’ in particular historic and contemporary migration stories, giving voice to those marginalised in pockets of British society. Marjorie also writes articles and essays, and teaches creative writing. 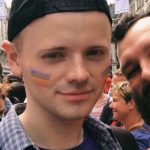 James is an experienced communications professional who has a wealth of experience working in the charity sector. He has a passion for supporting marginalised communities and has worked in supporting LGBT people experiencing cancer and victims of hate crime. 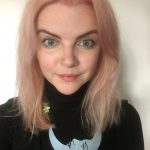 Sinéad is a writer, editor and marketer based in Liverpool, with a keen interest in accessibility and diversifying audiences. As an arts marketing professional, Sinéad has worked with institutions across the North West, including Abandon Normal Devices, Liverpool Biennial, FACT, Tate Liverpool, Storyhouse and The Reader Organisation. Outside of work, Sinéad is Regional Editor (Merseyside & Cheshire) for arts criticism magazine Corridor 8, as well as working with local queer organisations to produce and stage manage grassroots drag and burlesque events. 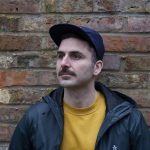 Stephen (He/Him) is an independent curator, consultant and creative producer with over 15 years’ experience of developing and delivering a diversity of arts, culture and heritage projects. From 2007 until 2020 he was the Curator of Living Cultures and Acting Deputy Head of Collections at Manchester Museum, the University of Manchester. Previously he was Project Curator at the International Slavery Museum, National Museum Liverpool. Since 2016 he has been a National Heritage Lottery Fund North committee member and has also sat on committees for the Islamic Art and Material Culture Subject Specialist Network and the Royal Northern College of Music Collection of Historic Instruments.