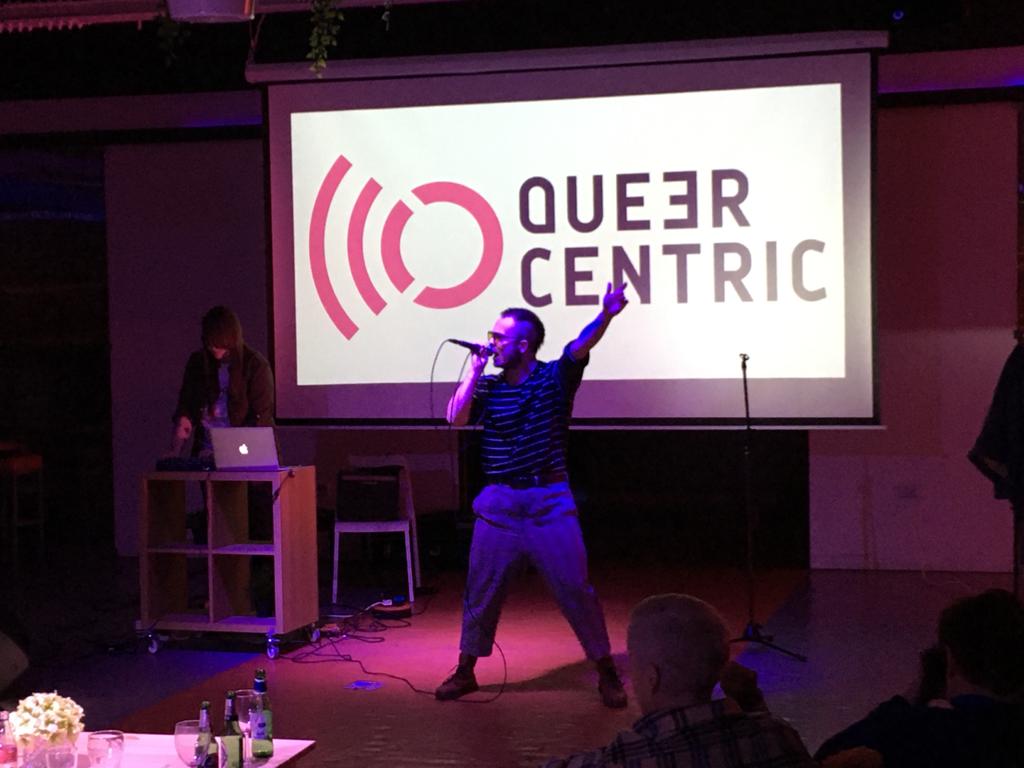 Liverpool Queer Collective presents an eclectic evening of emerging LGBTQ+ musicians and performers, from the North West and beyond.

Back for a fifth year, QueerCentric is the festival’s unofficial closing party. It may be online this year, but you can still expect an immersive and intimate night filled with sumptuous music, beats and lyrical excellence.
Come and find your new favourite song.

Big Joanie is a black feminist punk band. They’re like The Ronettes filtered through 80s DIY and riot grrrl with a sprinkling of dashikis. In 2019, they toured with Bikini Kill.

Queen Zee is Liverpool’s own queer punk rockers Queen Zee were described by the NME as “make inspiring anthems to energise a pink-glitter-clad youth”.

iamkyami is a singer songwriter, producer, presenter and DJ from Upstate NY currently based in Manchester. They describe their music as “quirky but cool” with influences in neo-soul, RnB, hip hop and indie.

Ez is a young singer-songwriter based in Liverpool who writes folksies, acoustic guitar led songs, as well as covering their fave tunes.

With our compare, for the night, singer, actor and Scouse superstar Gillian Hardie.

Book Now £3 per household
Back to All Events