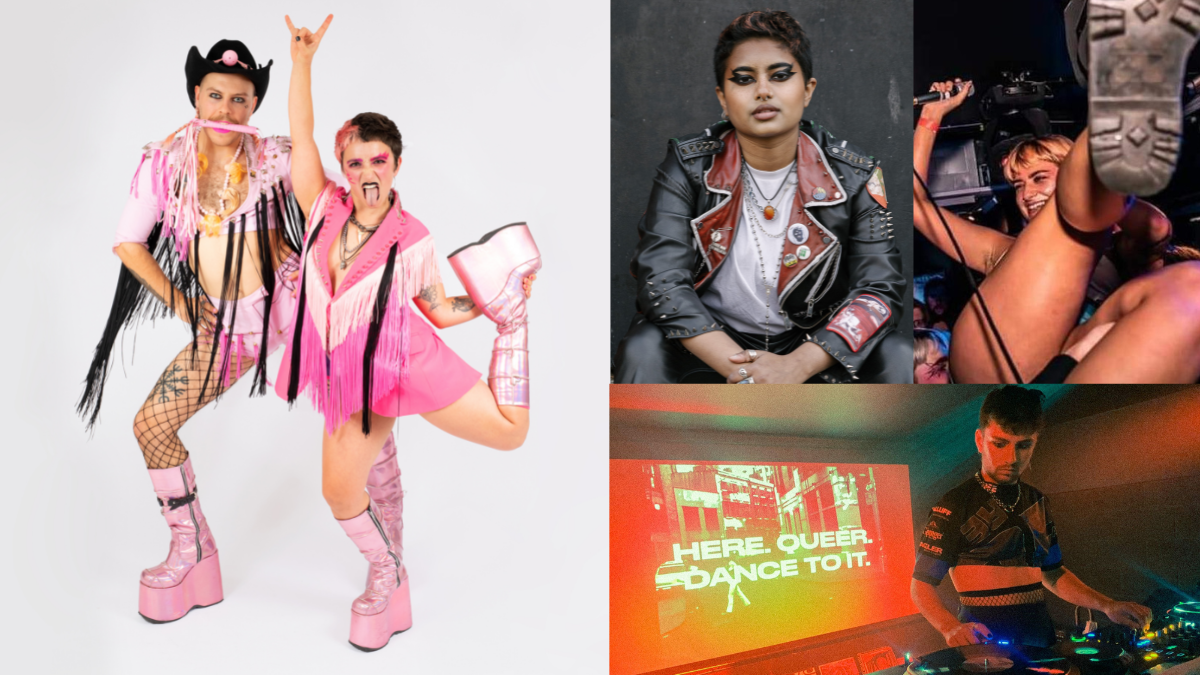 Punk has always been counterculture, trend-setting and radical. Just like us!

That’s why Homotopia is bringing some of the hottest, queerest punks in the UK for a huge, raucous night of live music, spoken word and DJ punk party vibes.

Jay Mitra (they/them) is a British Indian punk poet and music journalist based in Manchester. Their work has been featured on BBC Radio 6, and they have performed in a variety of festivals including Manchester Pride, Manchester Punk Festival and BBC’s Contains Strong Language.

pink suits is a Non Binary, Queer Feminist Punk Rock & Rage duo based in Margate, UK. Formed in 2017, pink suits make loud aggressive political punk noise as well as dance, physical theatre, film and art. pink suits work is an exploration of sexuality, fantasy, mental health, politics, activism and is a resistance of binary gender expectations, questioning how voices and bodies can be used as a form of protest.

Piss Kitti confront crowds with their feverish set and unforgiving attitude. Serving up erotic-driven chaos with a sense of humour.

We’ve sorry to announce that Skinny Girl Diet is no longer able to play at this event, as previously advertised.