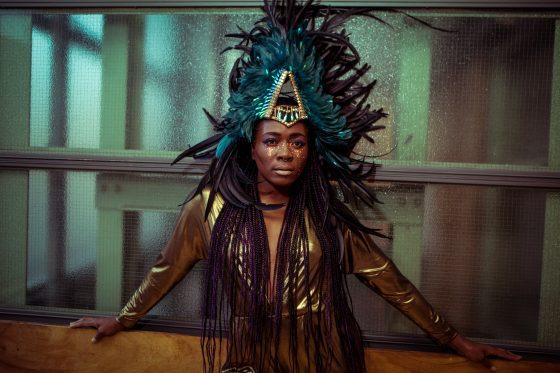 Shortlisted for a 2019 Total Theatre Award

Rachael Young and her badass band of superhumans embrace Afrofuturism and the cult of Grace Jones in NIGHTCLUBBING – an explosive new performance bringing visceral live music and intergalactic visions to start a revolution.

1981: Grace Jones releases her landmark album ‘Nightclubbing’; her body is brown and soft.

2015: Three women are refused entry into a London nightclub; their bodies are brown and soft.

WE are those women, we zoom through galaxies and solar systems, travelling through time, preparing for our moment to land…IT’S NOW!