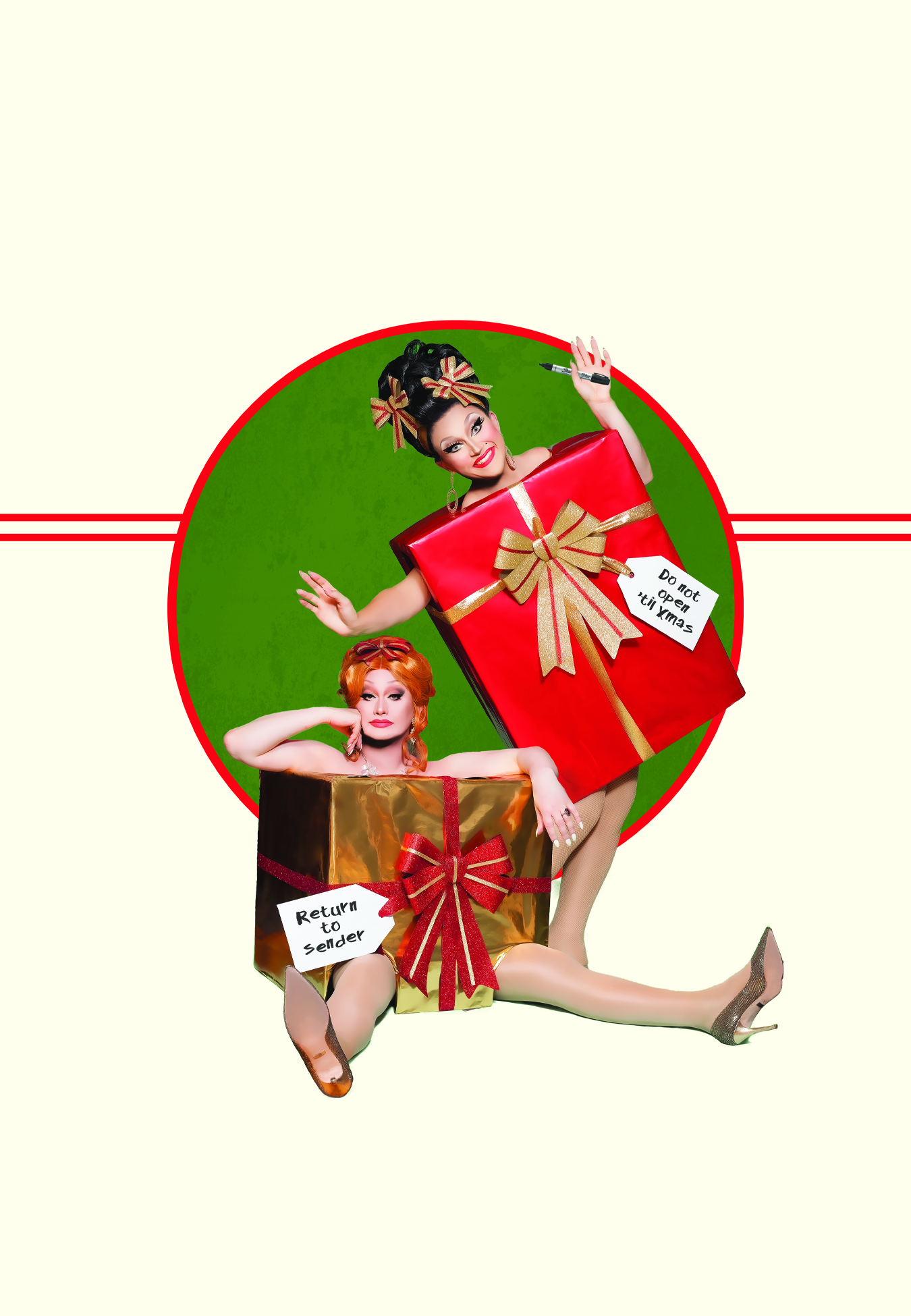 Your favourite queens are heading back to Liverpool and bringing as much festive cheer as they can pack in their carry-on bags. Join Jinkx Monsoon and BenDeLaCreme for their eggnog fuelled Christmas extravaganza this November.

After the runaway success of last year’s made-for-TV steaming hit, “The Jinkx & DeLa Holiday Special”, the RuPaul’s Drag Race stars will once again be putting on their stockings and getting round the fire to bring you a festive show like only they know how.

One night only at Liverpool’s Playhouse Theatre.

“I’m thrilled to be back on tour with my sister DeLa, celebrating the holidays the way I was meant to: boozed up, bawdy, and on display.” – Jinkx Monsoon

“After a year in captivity Jinkx and I are bustin’ at the seams and rarin’ to go! Waiting for Santa is NOTHING compared to the excitement I feel to be back in theaters, sharing the holidays with the chosen family we’ve collected around the globe!” – BenDeLaCreme