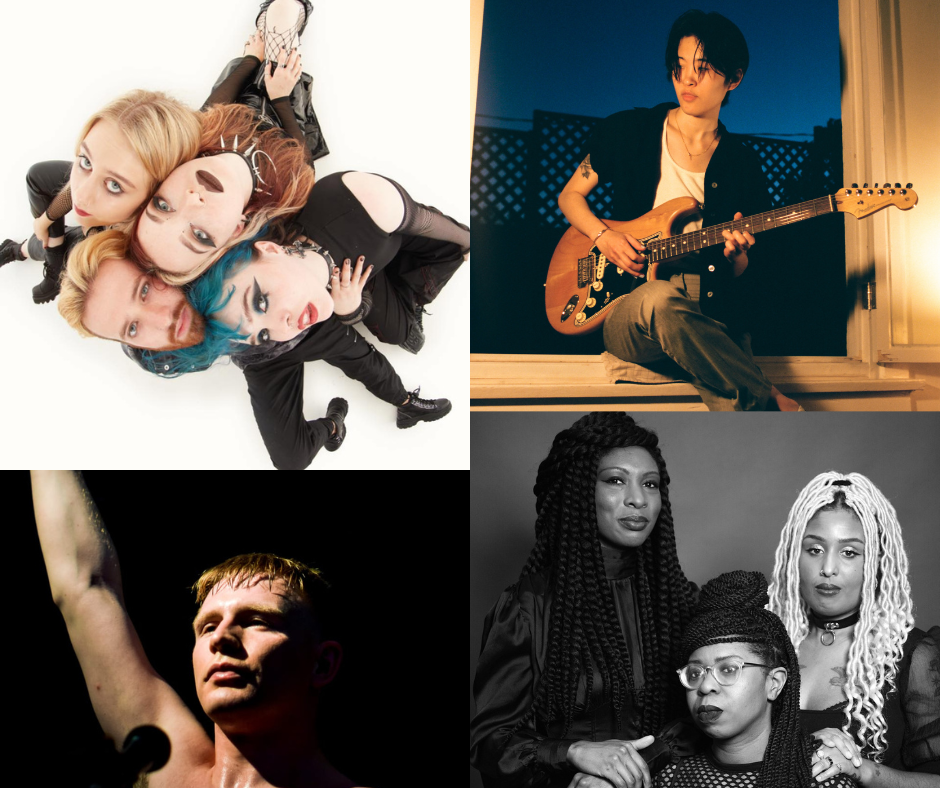 Four incredible queer musicians have selected their favourite songs by other LGBTQIA artists. Listen as each musician shares their stories, selects the top tunes and celebrates queer culture.

Crawlers is a four-piece alt-rock band from Liverpool and Warrington. After clocking over a million monthly listeners on Spotify, they recently signed to Polydor and completed their first North American tour. Listen online now >>

NoSo is the project of LA-based singer-songwriter and guitarist Baek Hwong. Their music grapples with the search for a sense of identity, overcoming imposter syndrome, and repressed memory. Listen online now >>

Mickey Callisto is a self-aware beacon of positivity who celebrates being yourself in the purest form. A new kind of popstar, he makes psychedelic, bedroom-made synth-pop bangers. Listen online now >>

Tune in live every Thursday morning during the festival for the latest news and views from Team Homotopia and friends. We’ll be speaking to festival performers, previewing events and playing our favourite songs.

Listen every Thursday mornings (3rd, 10th, 17th November) from 10am at melodicdistraction.com