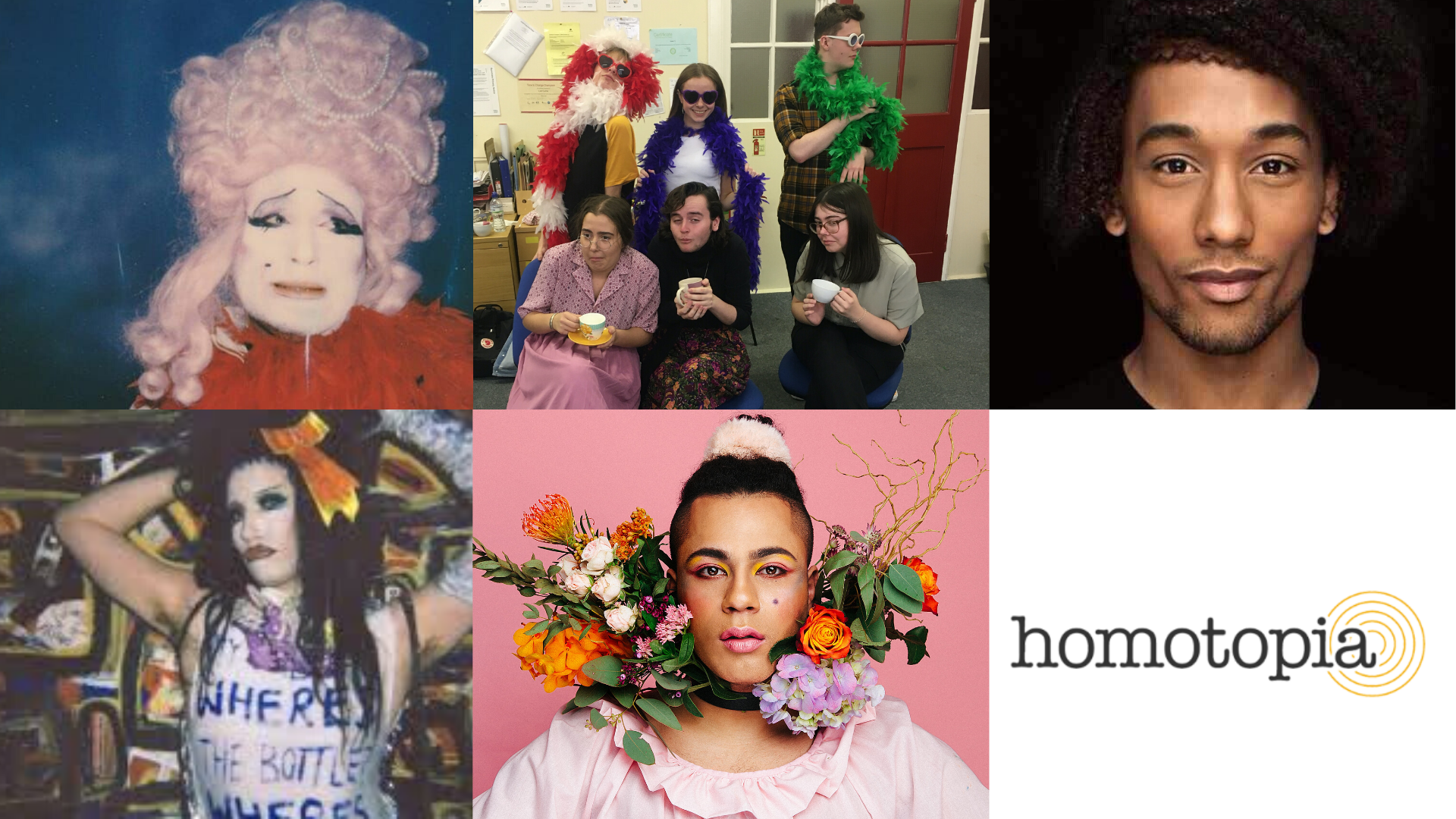 Curated and presented by Travis Alabanza, this very special cabaret-style evening of queer performance will showcase LGBTQ+ talent from the North West.

Artist, performer and writer, Travis Alabanza is one of the UK’s most significant voices on trans rights as well as an exciting queer performer. Travis will play compere and introduce some of their favourite local LGBTQ+ artists to the stage.

Auntie Climax – a Liverpool-based, neurodiverse, queer drag artisté and trash-potato. Versatile, satirical, brain-dead and infantile – what she lacks in skill or originality, she makes up for in make up – poorly applied on the withering, mottled canvas of her visage…

Ms Kevin le Grand – “Kevin Le Grand’s performances carry the weight of hardship and struggle, as well as expressing truly what it is like to celebrate yourself and others around you. Her analysis and subversion of mundanity includes the audience’s interaction; everyone in the room can relate and feel celebrated in solidarity.” – Caitlyn Whittle, BIDO LITO!

Jason Andrew Guest – Jason has worked tremendously within the Musical Theatre and Commercial Industries for more than 15 years. After graduating from LIPA in 2011, he has gone on to star in 2 European Tours of “Hair” The Musical (2011-2012), and has appeared in the 25th Anniversary Cast of “Starlight Express” as “Electra”, in Bochum, Germany (2012-2014). Most recently, he performed alongside Janelle Monae as her support act for MIF earlier this year.

Book Now 14+
Back to All Events